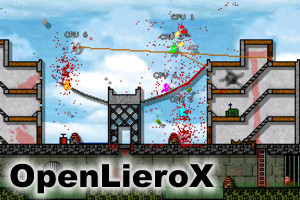 OpenLieroX is based and compatible to the famous LieroX. LieroX is a 2D shooter game. It is an unofficial sequel to Liero, and is the most popular of all the Liero clones. It features online play, fully customizable weapons, levels and characters. Liero Xtreme was created in C++ by Jason 'JasonB' Boettcher, an Australian programmer.

The game is based on a deathmatch setting, where multiple players face off in a closed level. Each player is equipped with five weapons selected out of all the weapons allowed, and with a ninja rope that allows the player to move in any direction. Players begin with a set amount of lives, and whilst the game records the number of kills, the last man standing is usually considered the winner. LieroX also allows team deathmatches, which has made it common for players to form clans.

Because of the huge community, there are dozens of levels and mods available. You also have no problem to find somebody on Internet to play with. Or if you want to play offline, you also can play with bots. 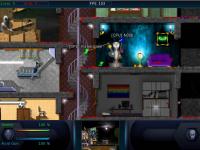 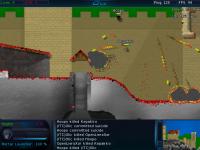